Blog - Latest News
You are here: Home / Dr Ben Piper / SLAVE TO THOUGHTS VS BEING IN CHARGE 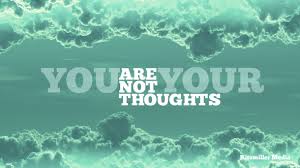 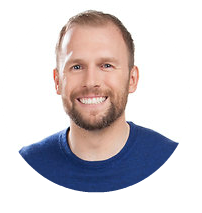 Over the last bank holiday, with nothing much to do, I embarked on a
box set journey by settling down to watch a US series called
‘Girls’. It was one of those where you feel bereft when you reach
the end of the available episodes! The characters developed
beautifully in a realistic look at what it is like to live in a large
city in your twenties, lots to compare for those of us who call London
home. Mental health issues developed for a number of the characters
and the presentation to the viewer felt honest, despite the insertion
of some comedy to lighten the load. An interesting quip by Richard E.
Grant (who seems to pop up all over TV) was made to one of the main
characters while both were in rehab. He patronisingly said ‘you’re
too young to understand what thoughts are useless to you’. It was
delivered with great comedy value but revealed an important
psychological message!

Thoughts are often understood as factual and to be relied upon. They
can often seem convincing because: we thought them; they keep
returning; they have a strong historical base in our experience; and
they might cause a strong emotional reaction!!

However, as Richard E Grant’s character was suggesting, a lot of
our thoughts are not always factual and certainly should not
automatically be believed! Many of our thoughts are useless and not
worthy of our time. So, remember: Thoughts aren’t facts, they are
just thoughts!

Let me give you some examples to illustrate what I mean here:

While giving an important speech an executive noticed two people in
the front row speaking and then one walked out of the room and the
other stayed but looked distracted. The executive began to think her
speech was not being received well and that she was boring people. Her
negative and self-doubting thoughts then had an impact on her energy
levels and concentration for the remaining five minutes. Afterwards,
she was told that the two people in the front row were a couple and
they had been arguing. The speaker then realised that she had jumped
to conclusions and personalised the couples behaviour, indicating her
first thoughts were not factual and she had interpreted their
behaviour according to her own anxiety that she had been feeling. This
lead to a reaction that changed her performance.

Here is another example:

A man had been rejected by his lover a month ago and he had felt down
since. As a result, he decided to extend his social network using
Facebook. A number of people had not accepted his friend requests and
he started to obsessively think that people do not like him and these
thoughts lowered his mood further still. During the coming months
those people did accept his friend requests and it turned out that
they do not use Facebook very often. This showed him that his thinking
had been inaccurate and he had allowed this situation and the
resultant thoughts to deepen his depression.

I promise, this is the last one:

A banker had an argument with a colleague the previous day. On
returning to work, he said hello to the receptionist who walked
straight past him and did not answer. He thought that she was ignoring
him because she might have heard about the argument the previous day.
The banker began to get anxious that he had been represented badly and
was being judged by people. As a result he was having huge difficulty
concentrating on his work. Thirty minutes later, the receptionist
walked past him and apologised for not answering him and said that she
had felt ill and was rushing for some fresh air. He realised that he
had jumped to conclusions and that his initial thoughts were
irrational and inaccurate!

These examples, hopefully, demonstrate the danger of not being able
to, as Richard E Grant’s character in Girls puts it, work out which
thoughts are useless to you. Our ability to dismiss useless thoughts
varies massively according to our mood. When a person is depressed,
thoughts become very rigid and negatively skewed. A person can find
themselves adding negative meaning to aspects of their experience that
would be dismissed as nonsense and irrational at times of better mood.
For example, a friend of mine is feeling quite depressed at the moment
and I call every day at the same time. His thoughts on my support was
that I was only available to him in the morning and that he was not
important enough to have time in my evening. Therefore, he did not
always answer as he felt I was being unfair! When we were able to chat
about it I explained my perspective – that I was calling every day
first thing to ensure he knew I was there. I would have been happy to
chat in the evening too. These kind of distorted patterns of thinking
are symptoms as well as primary maintaining factors in depression and
anxiety disorders. If you give irrational (useless) thoughts your full
attention you may end up feeling very depressed or anxious!

There is help available if you are unable to tackle your distorted
thinking alone in the form of cognitive behavioural therapy (CBT).
This therapy is very useful for learning the skills of challenging the
idea that thoughts are factual and deserve our attention. One of the
most important skills learned in cognitive therapy is to be able to
observe problematic thinking styles and force a balanced evaluation of
them.  This can lead to a more positive thinking style and that feels
nice……The aim is for a person to eventually dismiss thinking
styles/patterns/ particular thoughts that lead to unnecessary negative
emotion, because these thoughts are useless and take us where we
don’t need to be.

Don’t be a slave to your thoughts, they can hold you back.

Please see the thought sheets in the resource centre. When feeling
low or anxious please note down your thoughts and their meanings. Then
attempt the process of holding those thoughts up to rational
judgement. Good luck, and if you need further support please give us a
call.

Tweets by @Irisepsychology
The Psychology of Generation Y